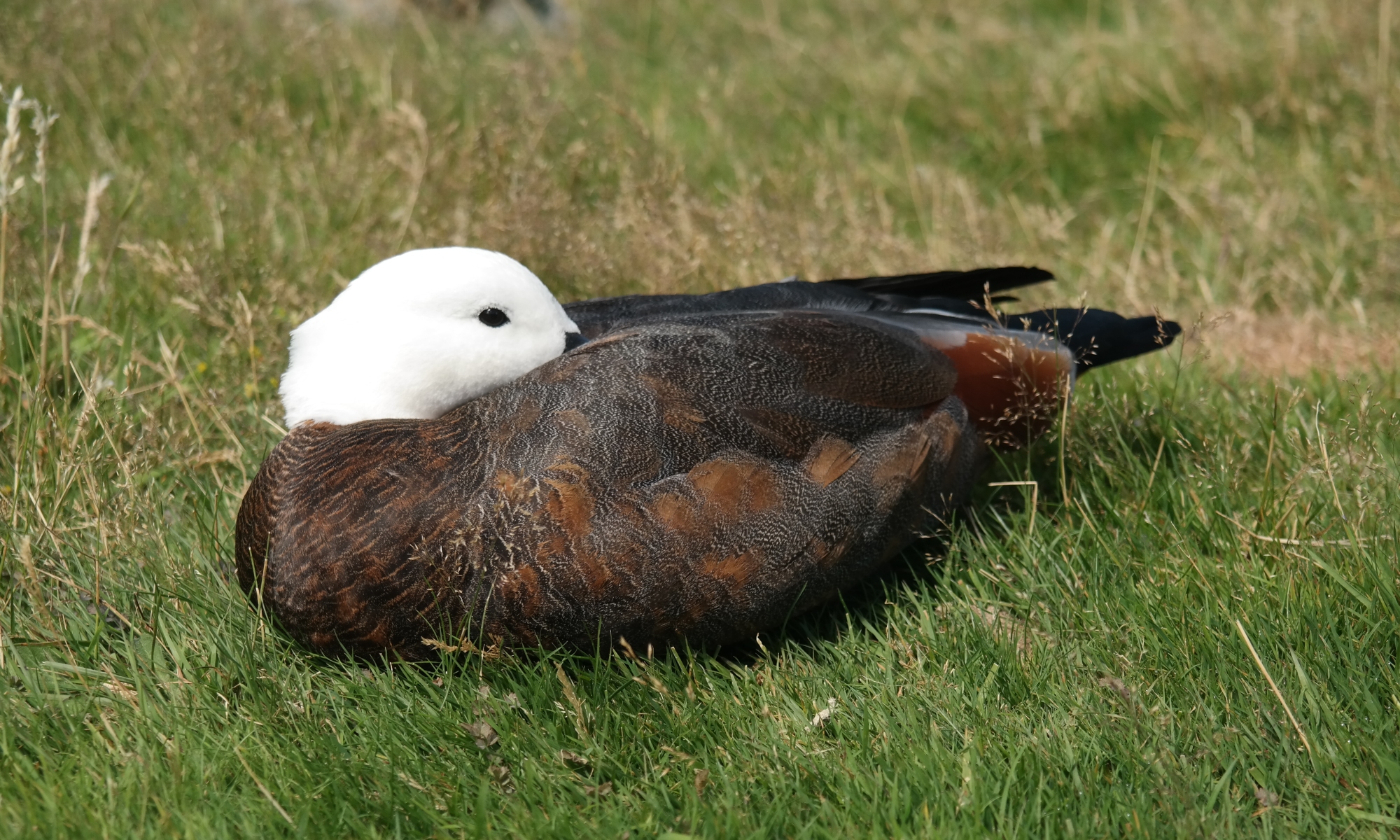 I left Queenstown very early in the morning and took the long and scenic route to Mt Cook. Mt Cook village is a very small place – it doesn’t even have a mini supermarket. You can buy food in the big hotel there, but it is limited.

The village is in a very large and very beautiful glacial valley, with a bright blue lake, Lake Pukaki, at one end and beautiful snow-capped mountains at the other end.

From the village I was able to hitch a ride to White Horse Hill campsite (who was a 30min walk away). The campsite is run by the DOC (department of conservation). It has basic toilets, bins and a cooking shelter. There are no showers. It cost $13 (maybe £8) per night to stay.

I arrived, pitched my tent and walked back to the village to pay and get food for dinner. I also built a “fridge” out of rocks to store my more sensitive food items.

In the town, I visited the isite (basically a visitor centre) which had a really cool exhibition about the area inside. I paid for my campsite, got food and had a wander around the village, where there were great views of Mt Cook, which is New Zealand’s highest mountain. The Maori name is Aoraki – which means “cloud piercer”.

I walked back and ate. Before it got dark, I set up my camera to take photos of the stars, which are meant to be especially good in Mt Cook. I sat in my tent reading and waiting for it to get dark.

Darkness gathered and I ventured outside. It didn’t disappoint! There were so many stars. More than I had ever seen. The milky way was clearly visible. I stood for a while admiring the view before I took any photos. I spent maybe an hour outside before I headed back into my tent for a very cold sleep.

The next day I decided to walk  the Valley, which has lovely views of the mountains and a glacier at then end. The walk was three hours in the hot sun, with no trees to shelter under. There were some lovely views though! 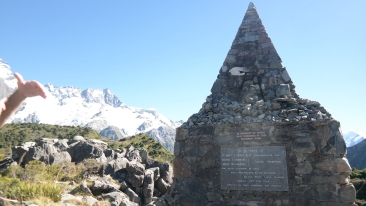 A memorial to climbers who died in the mounatins

There were also three very cool rope bridges which could only hold twenty people at one time.

The glacier was not clear and beautifully blue like Franz Josef -it was covered with a thick layer of dirt and rocks – a very grubby glacier!

I returned from the Hooker valley in the heat. I then decided to head back into Mt Cook village to buy some more food and get an “ice block” (which is just an ice lolly). It was only $1.50, which is less than £1!

My time in Mt Cook was mainly spent looking at the beautiful ry and taking many many photos! Even just walking back to the campsite provided incredible views of this truly stunning part of  world.

From the title of this blog, you can see that a big part of being in Mt Cook for me was the shell ducks. At the campsite there was a pair of paradise shell ducks who wandered between the tents and making beautiful quacking noises. The male duck makes a low honk and the female duck has a high pitched quack which gets screechy when she got angry.

They wandered around and occasionally called to each other – one would always run to the other when this happened. Often they would fly around loudly for no apparent reason. Once I saw the male duck standing on a rock quacking and the female duck wandering around below, pretending she didn’t know him. 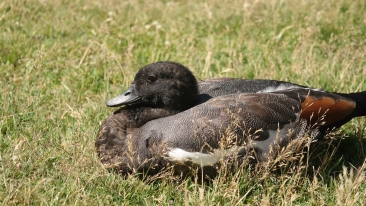 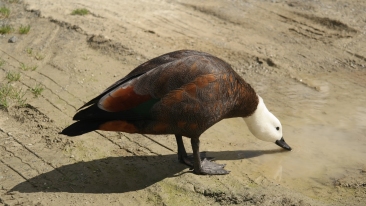 On my final full day in Mt Cook, I walked up to a placed called Kea Point, which was about 30mins. There were nice views of another glacial lake.

I then decided to attempt to walk up to the Sealy Tarns, which was a 3hr return walk. It turns out it is all stairs, maybe 2000 of them. I decided to stop at a large rock, which was 500 steps up as it was very very hot. The views were still very good and I sat on the rock and spoke to an american girl for a while before I headed back to camp.

I loved staying in the remote beauty of Mt Cook. Camping was so much fun and made carrying a tent to New Zealand finally worthwhile. The stars were just incredible. I will never forget the feeling of staring them in the cool evening air.

On my last morning of being in Mt Cook, a dramatic situation occurs, something that deserved its own post: The Sandfly Saga.