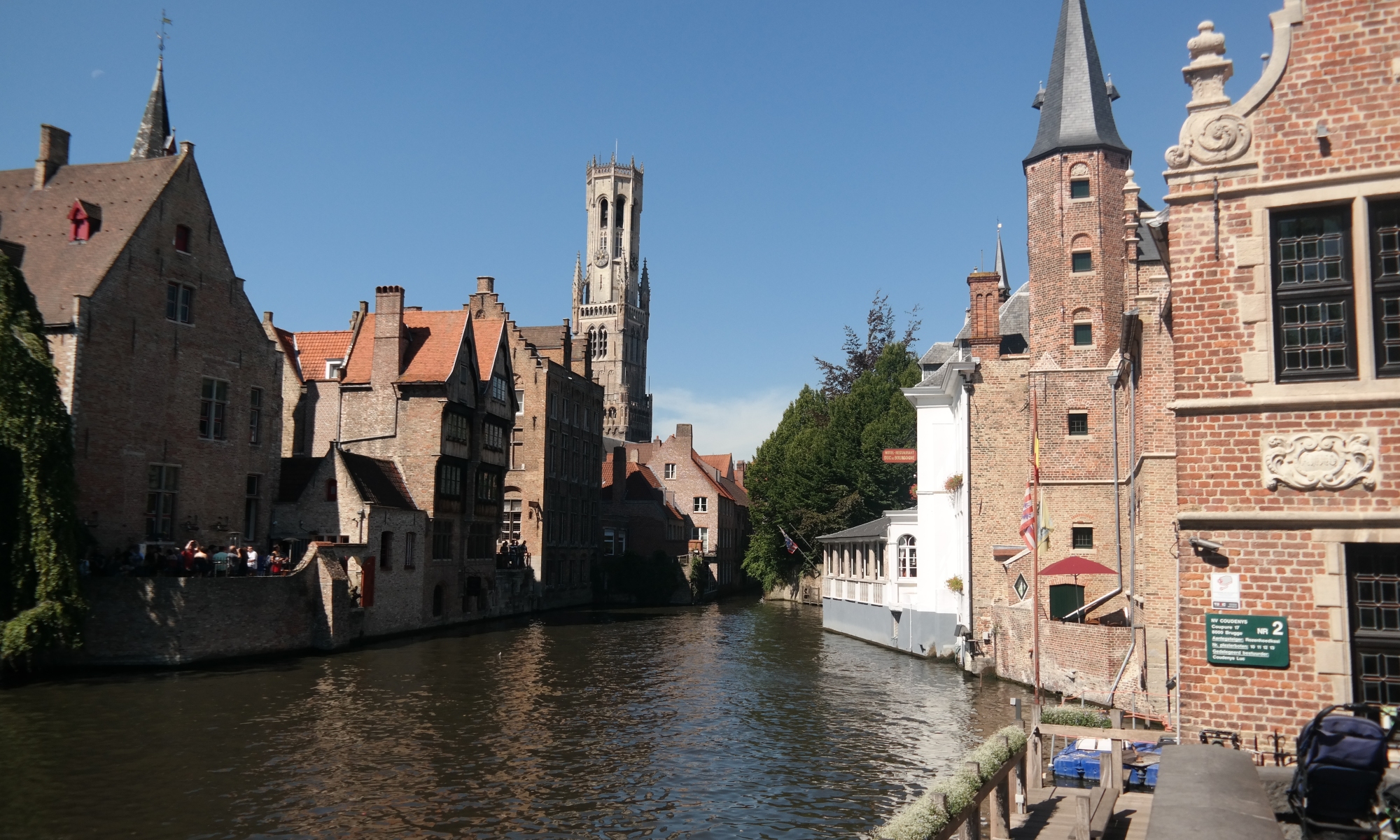 Staying:
I stayed at St Christopher’s Inn – Bauhaus Hostel in Bruges, which cost around £19.50 per night for a six bed room with three sets of bunk beds and a table and chairs. There were also large lockers and a sink in the room. There was a shower room next door to the room and toilet along the corridor. Downstairs was a bar area where breakfast was also served.

Day 1:
Once I arrived, I found my hostel, checked in and watched the film “In Bruges” and planned my stay. I walked into the city centre and got dinner at a fast food place called Quick. I had a burger, it was alright. I had a little wander round as the light began to wane and also bought a very large waffle from a shop called Australian Home Made Ice Cream – it was very tasty but too large for me to finish. I then wandered back to the hostel to get some sleep.

Day 2:
The next day I awoke to a view of the Belfry out of my bedroom window. I began to wander around the streets of Bruges with my camera, taking photos of a lot of the buildings – including some from the film – Jerusalem Church, St Anne’s Church, Jan van Eyckplein, the Group Fountain, Saint Saviour’s Cathedral and Astrid Park (which has lots of alcoves).

My view to the Belfry 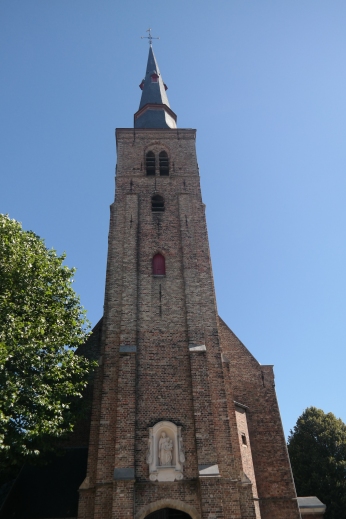 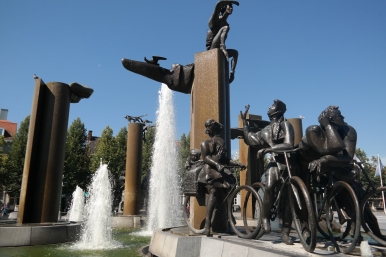 I then joined a tour, led by Legends of Bruges, in the main square. I love these free walking tours, they are so informative and a great way to orientate oneself with a city. This tour was no exception – we were told a lot of stories relating to the buildings we saw and were also told about why there are so many swans in Bruges! We saw St John’s Hospital, Beguinage, the Church of Our Lady, the Fish Market and Burg Square (on which lies the Basilica of the Holy Blood which houses a vial that is said to contain the blood of Jesus). 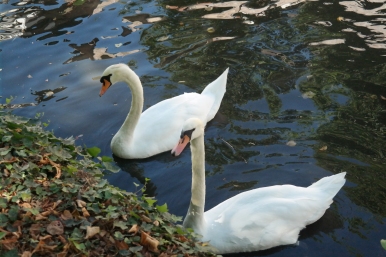 Is the swans still there?

Ken and Ray’s hotel in “In Bruges” 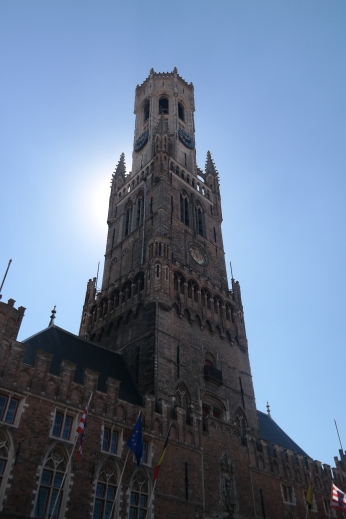 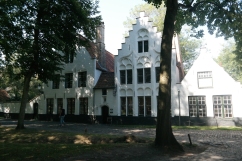 The smallest bridge in Bruges

After the tour I was incredibly thirsty, so went to find a drink, which took a surprising amount of time. I wanted to climb the Belfry tower but it was closed by this time. I went home and changed then headed out to have dinner for one at Strijdershuis – I had a beer and Flemish Stew – delicious!

Day 3:
Today I got up and went to climb the Belfry – there are a lot of narrow winding stairs, but the view at the top is lovely. It was slightly misty when I climbed it, so the buildings were rising from the mist in a nice atmospheric way.

View of Church of Our Lady

View from the Belfry

Stairs in the Belfry

After a while, I climbed down and hired a bike to cycle to Damme, a small medieval town about 4miles north east of Bruges. The cycle was along a large canal, with lovely Belgian countryside either side of it. I reached Damme and found it to be incredibly small. After a brief walk around, including seeing the Town Hall and Our Lady’s Church.

The canal back from Damme

I cycled back and round the edge of Bruges, viewing some of the windmills and gates as I went. I ended up in Minnewater Park and sat there for a while before returning my bike, getting some dinner from a supermarket and returning to the hostel to pack.

Tips for Bruges:
– Go for at least two full days.
– Eat the Flemish stew at Strijderhuis – it is delicious!
– Climb the Belfry – the views are stunning.
– Do a free walking tour with Legends of Bruges, a great way to get to know the place.
– Watch in Bruges before you go, at least to get some sightseeing ideas!